The little town of Eugénie-les-Bains is located in the south east of the Landes region, 50 km from the city of Pau.
This former region of Gascony, the stronghold of the musketeers of France and the famous Cyrano de Bergerac, is, more particularly, renowned for its religious heritage. The city of Lourdes and the Way of Saint James to Santiago de Compostela attract every year millions of pilgrims from all over the world.

The region has also developed a sound reputation for its culinary arts. Duck, poultry, Chalosse beef, Armagnac, Tursan wine . . . are the jewels of this Gascon cuisine. Chef Michel Guérard perpetuates this culinary tradition in Eugénie-les Bains.
The history of the little spa resort starts in 1861 when Empress Eugénie, the wife of Napoleon III, granted Eugénie-les-Bains her patronage. Its hot springs, which are rich in sulphate, sulphur and magnesium and are highly appreciated for their curative benefits, are attracting today thousands of spa lovers in quest of wellbeing.
Welcome to Eugénie-les-Bains, the city where spa treatments are combined with culinary delights! 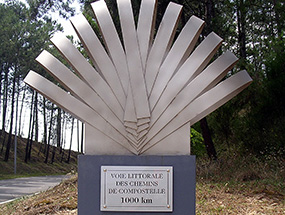 On the Way of Saint James

On the Way of Saint James

Near Eugénie-les-Bains, you can find two historical pilgrimage roads of the Way of Saint James: Via Lemovicensis and Via Podiensis. Every year many pilgrims walk over the pavements of these roads which are part of the Unesco World Heritage. 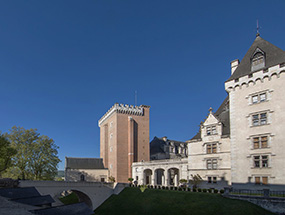 Enjoy the history of France

Enjoy the history of France

50 km from Eugénie-les-Bains you can discover the city of Pau. Its legendary feudal castle in the heart of the old town is particularly famous for having hosted the birth of Henry IV, King of France and Navarre, in 1553. Today it is a national museum and within its walls it boasts many remnants of the history of France including the tortoise shell which served as cradle for the future King of France. 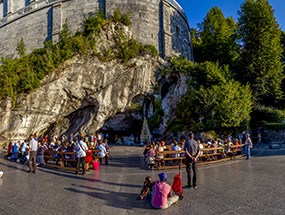 Visit the Marian City of Lourdes

Visit the Marian City of Lourdes

80 km from Eugénie-les-Bains, at the foot of the Pyrenees, the city of Lourdes is one of the main Catholic pilgrimage sites in the world. In 1858 the young shepherdess Bernadette Soubirous testified to the appearance of Virgin Mary in the cave next to Massabielle. Declared “Marian City” by the Catholic church, Lourdes receives every year millions of pilgrims from all over the world. It is also a Pyrenean city full of charm, nestling around its fortress which has hosted since 1921 the Pyrenean Museum and is dominated by the Pic du Jer, which can be accessed by a funicular railway. 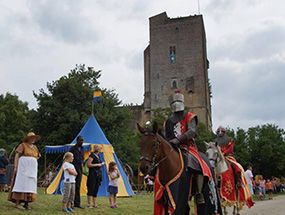 The Tour de Termes in Armagnac is the last remnant of the old medieval palace of the Gascon Thibault de Termes, a fellow soldier of Joan of Arc. From the top of the 36 m dungeon you can enjoy a magnificent panorama view of the valley of the river Adour and the Pyrenees. Throughout the year historical re-enactments and medieval animations are enjoyed by audiences of all ages.