Connected to the city of La Rochelle by a bridge since 1988, the Island of Ré is located in the Gulf of Gascony on the French Atlantic coast. With its 85 km² it is the 4th largest island of metropolitan France.

Apart from breathtaking scenery, its sometimes wild beaches, its dunes, its cliffs, its salt marshes and its extraordinary fauna, the Island of Ré boasts a unique historical heritage: the Vauban ramparts, which are part of the UNESCO World Heritage.
With more than 2,300 hours of sunshine a year, the Island of Ré attracts every year thousands of tourists, including numerous families, charmed by the beauty of its landscapes, its roads, its flowery alleyways, its picturesque houses and its open views of the ocean that everybody discovers at his own rhythm through the 100 km of cycle paths on the island. 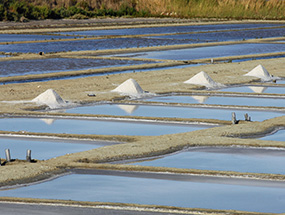 Discover the secrets of the salters

Discover the secrets of the salters

The salt marshes are part of the heritage of the Island of Ré and the Charente region. Apart from the salt harvest, the marshes host many different species of birds and plants like glassworts or sea lavender. These landscapes between land and sea with their breathtaking beauty can be discovered by walking, biking, canoeing or even paddling! 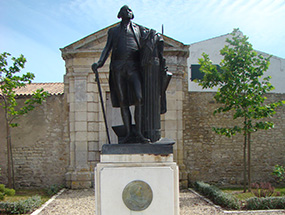 Did you know that an ancestor of George Washington originated from the Island of Ré?

Did you know that an ancestor of George Washington originated from the Island of Ré? 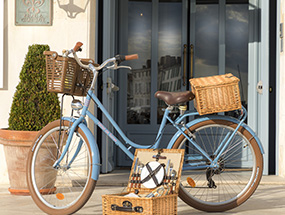 Roaming the island by bike

Roaming the island by bike

Bicycles are the best means to go and discover the riches of the Island of Ré. With its 100 km of biking paths and its absence of elevations, the island is a paradise for bikers, including kids and less sportive users. 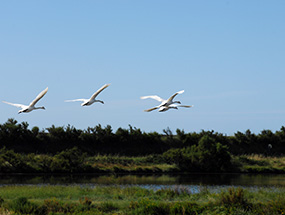 The Island of Ré is an important ornithological reserve. The national nature reserve of Lilleau des Niges sees tens of thousands of birds migrate every year and almost 320 species are listed. A living natural heritage which will be appreciated by both children and adults. 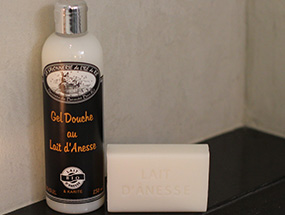 Donkey milk, a beauty secret since antiquity, the elixir of the queens of Egypt, is rare and precious and since time immemorial it has been considered as a magic remedy. The soap works at the Island of Ré let you discover the secrets of making these soaps which boast multiple virtues. 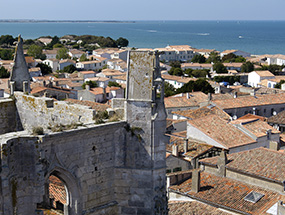 Discover the historical and architectural heritage

Discover the historical and architectural heritage

The ramparts of Saint-Martin-de-Ré, inscribed in the World Heritage of Humanity by UNESCO, are a unique testimony to the defensive architecture erected by the engineer Vauban. These ramparts, built under the reign of Louis XIV, allowed the city to serve as a shelter for the entire island population in the event of landing by enemies. 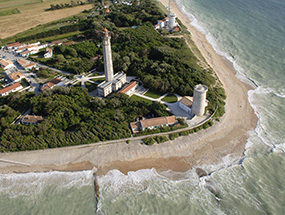 Reach for the sky

Reach for the sky

The whale lighthouse is dominating the point of the Island of Ré. With its 60 metres height, it unveils a breathtaking panorama view of the island and the ocean. On the same site, you can also visit the ancient lighthouse built by Vauban in the 17th century. 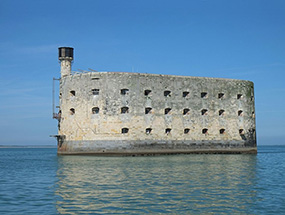 The “stone boat”. . . that’s the surname of this fortress because it very much looks like a boat. The old fortress built on a shoal in front of the island of Oléron is today well known by the public at large for the television programme broadcast since 1990. The fortress cannot be visited but it is possible to turn around it by boat. A wonderful sea excursion which will be exciting for lovers of history and fans of the television programme. 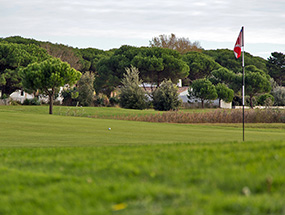